Tru here.  As some family members know, I have devoted many years to research of family history … but one glaring blank space is the ancestry for my great great-grandparents Daniel Kilroy and Mary Deignan (sometimes spelled “Dignan”). Their son John’s 1925 census shows they were both born and married in Ireland.  Son John’s 1930 census states born in “FREE state” Ireland, and son Alexander’s 1930 census shows them born in “Northern” Ireland (but my own great-grandfather’s, Daniel Jr, just says “Ireland”).  Either way, since they were born about 1833 and 1837, they were growing to maturity during the great potato famine of 1845-1848 and its resulting epidemics.

They arrived at America before 1855 when their oldest son Patrick was born in Illinois.  So that means they immigrated during peak of emigration from Ireland (1846-1855 per Wiki).

Wiki excerpt: In the new Whig government (from 1846), Charles Trevelyan became assistant secretary to the Treasury, and largely responsible for the British Government’s response to the famine in Ireland. When potato blight hit the island in 1845, much of the rural population was left without food. Unfortunately at this time, the then Prime Minister Lord John Russell adhered to a strict laissez-faire economic policy, which maintained that further state intervention would have the whole country dependent on hand-outs, and that what was needed was for economic viability to be encouraged.[citation needed] Despite Ireland producing a net surplus of food, most of it was exported to England and elsewhere.[6] Public works schemes were set up but proved inadequate, and the situation became catastrophic when epidemics of typhoid, cholera and dysentery took hold. About £2,000,000 was donated all over the world by charities and private donors, including the Choctaw people in the US, former slaves in the Caribbean, Sultan Abdülmecid I of the Ottoman Empire, and Queen Victoria of the United Kingdom.[7] However the inadequate nature of the British Government‘s initiatives led to a problem becoming a catastrophe.

Under the date of May 6th, he gives the following deplorable picture:– “The Reverend Mr. O’Sullivan, P.P. of Kilgobin, accompanied me over a large tract of poor desolate country, where I met several families digging their stubble land of last year and preparing for potatoes. The great difficulty here, as elsewhere, is the want of seeds. Mr. O’Sullivan told me he had known some of these poor people sell their beds, and carry them away privately by night from shame, in order to procure the seeds– and those who could not do so have only to let their land lie idle and to die themselves alongside it.

We don’t know whether Mary married previously and lost any previous children to famine or epidemic before emigration, but she was approximately 22years old at point of Patrick’s birth, and in that era it would have been unusual for that to have been her first offspring to have not been born until 22 years old.

Since Daniel Sr was only about 18 years old at time of Patrick’s birth, and Mary and he were married in Ireland before leaving, so must assume they probably traveled during either 1853 or 1854 (good chance Mary would not have survived Irish travel conditions during pregnancy).  See The History Place Entry of “Coffin Ships” during potato famine at http://www.historyplace.com/worldhistory/famine/coffin.htm

Our Kilroy ancestors were probably Catholic, as were most other Irish immigrants of the time (in fact one of Daniel Kilroy’s brothers has “Catholic” on a form in my records).  Considering the anti-Catholic sentiment of the time, that was possibly a problem for them like it was for others.  Excerpt from The History Place Entry of “Gone to America” is

Militant anti-Catholics formed a third political party nicknamed the ‘Know-Nothings’ seeking to curtail Irish immigration and keep them from becoming naturalized Americans in order to prevent them from ever gaining any political power. The movement was most successful in Massachusetts which elected Know-Nothing candidates to every statewide office in 1854, including governor. Throughout America, anti-Irish sentiment was becoming fashionable. Newspaper advertisements for jobs and housing in Boston, New York and other places now routinely ended with “Positively No Irish Need Apply.”

Music video of “Irish Famine” with “The Pogues”‘ “Thousands are Sailing” https://www.youtube.com/watch?v=vEz5mS_XQcQ (and the lyrics are written at http://faculty.history.wisc.edu/archdeacon/famine/pog.html )

BBC 1995 film of the Great Famine at https://www.youtube.com/watch?v=5uNMGzSL42U

Picture is “Searching for Potatoes in a Stubble Field”, from ‘The Illustrated London News’, 22 Dec 1849 (Engraving)

This picture is in the public domain in its country of origin and other countries and areas where the copyright term is the author’s life plus 70 years or less. 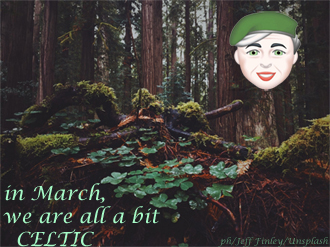 . * Admin issues: SHARE dementia awareness thru buttons below. Subscribe “FOLLOW” button is at the very bottom of the page, with “Category” Links, “Recent Posts” and “Archive”.  If you put your eMail address there you should get an eMail each time i write a blog entry.  Feel free to leave your thoughts in the form of comments, but please filter your comments with truthful loving kindness to all concerned. … *** …  If there is an advertisement below, I have no control over what is shown. My own full legal name is Truthful Loving Kindness. My current diagnosis is still Mild Cognitive Impairment, but my neurologist said I am in a unique position for helping because I have “one foot in each door”.  Text Copyright © Truthful L. Kindness on 18Mar2016, but transferred to this blog 17Mar2021. Tags, Duignan, Ireland, Irish potato famine, Kilroy.