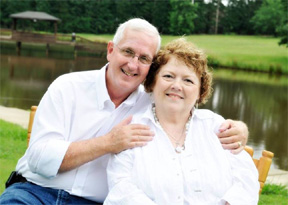 Most of my time at Mayo Clinic I was on my “A” game….
in the circles of LBD, this is referred to as “show time”.

I returned home several weeks ago and crashed.
Starting to use a CPAP machine has been very difficult.
I was started on a medication to help with my
hypersensitivity to sound and my hypersensitivity
to someone telling me too much information at one time.
The new medication is one that should cause sedation;
however, it did not cause sedation for me.
It increased my daytime drowsiness.

Last Thursday was one of toughest days that I have experienced in a long time.  I had an appointment with a counselor.
My wife drove us to the appointment which was about thirty miles from home.  I slept most of the time that we were in the car.
Several days prior to this appointment, I noticed that my Parkinsonian symptoms were increasing…they have been relatively calm for a few weeks.

My gait and balance were compromised before I left home and were even more pronounced by the time I got out of the car. for the appointment.  Stoop posture, slow shuffled steps, low voice, hoarseness, stuttering, slow speech, word selection problems, and train of thought problems along with overpowering daytime  drowsiness were present.

As we returned home, my wife told me there were times when I would look at the counselor as if I was attempting to process what she was saying.
Quite frankly, I do not remember much of what the counselor talked about that day.  After getting back home, I slept most of the afternoon.

This was a vivid reminder of how I slept 12 to 20 hours a day for months preceding my diagnosis and after my diagnosis in 2011 – 2012.
Lewy appeared fully in control of me and was kicking my butt.

Today has been the best day since returning from Mayo Clinic. While I have experienced some short episodes of daytime drowsiness, it has not been overpowering.  These last several weeks are just a part of my journey with LBD. 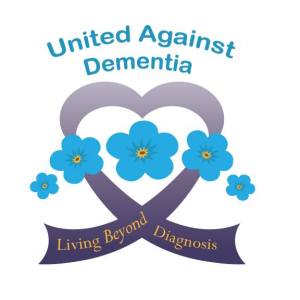 Tomorrow is a new day filled with faith, courage, hope and determination to fight this horrific disease and stand

Paulan Gordon at https://www.dementiamentors.org/ on 06/16/2015 4:26am
Robert, Thank you for sharing the good, the bad and the ugly. While this is nothing anyone should focus on, It is important to keep in mind that we do have an illness, and we must fight to do everything we can to prolong the healthy part of us. We are our own biggest caregiver, and we should support ourselves as much as we support others.

* Admin issues: SHARE dementia awareness thru buttons below. If interested in receiving notice of future blog postings there is a “follow” button in the upper left corner (MS Explorer) or lower right (Safari and Chrome). Feel free to leave your thoughts in the form of comments, but please filter your comments with truthful loving kindness to all concerned. If there is an advertisement below, I have no control over what is shown. — Copyright exclusively by Robert Bowles Jr on 2015-06/15   (( but if there is font detail like bold and underlining, it is Truthful’s doing in order to easily find quotes in the future ))