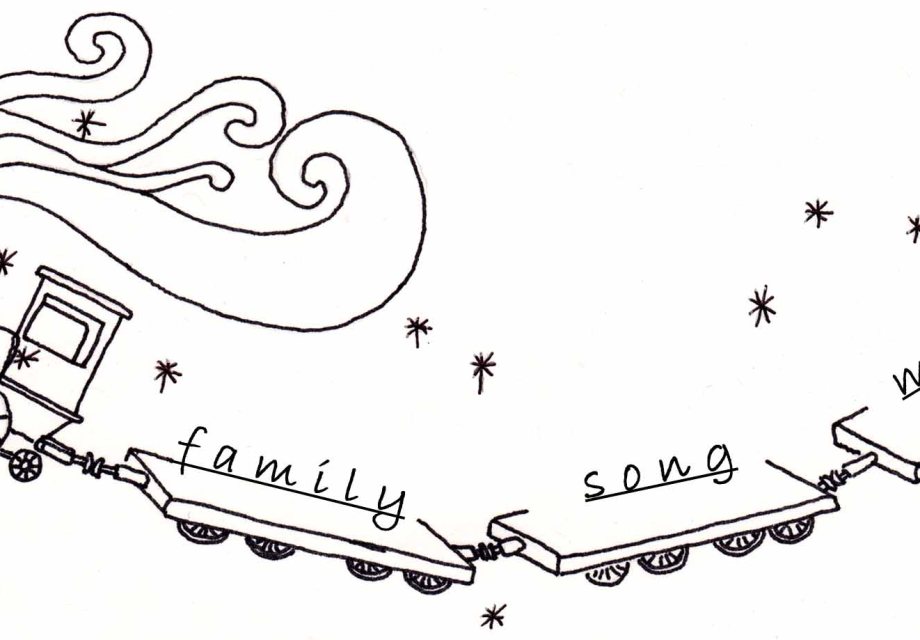 Tru here.  (Picture was made for me by daughter Charlene.)

During 2015 ADI conference in Perth, Simone Willig asked what music means to me.
My answer was;

“Music is Connection (despite dementia symptoms):
to myself, to others, …
and to the unseen rhythms connecting each living entity.”

Today’s blog is specifically geared for those who might be developing dementia symptoms.
Like my friend George Huba PhD suggested at  http://hubaisms.com/2015/08/05/some-things-you-might-do-before-you-have-cognitivedecline-mindmap/ ,
this is the time to address some preliminaries, one of which is documentation of music preference.

Due to jumble of audio reception in my brain,
I am no longer able to enjoy many of the songs from youth and earlier adulthood.

Multiple instruments or fast beat usually feels too “busy” and chaotic,
even with the familiar songs that I enjoyed during earlier years.
If there is absolutely no other action or sound going on in the house then I can listen to one or two songs that are “busy”
but more than one or two songs is a problem.

Both for my communication with self and with others,
I think it important to document
not only style but
particular songs that are part of what it means to be ME … and why.

Maybe my list will give YOU some ideas of a list for yourself (or loved one).
You will certainly know ME much more intimately after you read the list.

Songs and Significance in my life

Dad always worked at least two jobs while we were growing up, and one was always as a railroad “switchman”.  He had a wonderful version of Wabash Canon Ball that he perfected on harmonica.  We all sat on the floor around the fire while Dad’s harmonica imitated the sound of the engine starting, picking up speed, the song, then brakes, and release of air.  It was an auditory experience. (Pic by my friend Andrew Garvey).

We children learned to waltz about as soon as we learned to walk, by our feet on Daddy’s feet as he danced (or sometimes suspended between Mommy and Daddy).  We learned new waltz steps while Dad hummed the tune of “Blue Danube“.  (see autobiography page of https://truthfulkindness.com/bnp/part-2/2a/remember-daddy/)

When I was 6th grade we began teaching ballroom dance as a family, and each had our favorite dance.  My favorite dance was tango, and new steps were always learned with the tune of “Hernando’s Hideaway“ (Mantovani).(See https://truthfulkindness.com/bnp/part-2/2a/tango-with-daddy/)

“Malaguena“ (Larry Adler) has always been my personal favorite of the songs Dad played on his harmonica with the wild driving tempo  in crescendo, then achingly tender diminuendo.  It was originally the sixth movement of Lecuona’s Suite Andalucía, and Dad played it magnificently.

“Grandma’s Feather Bed“ (John Denver) reminds me of holidays at my grandparent’s rural log cabin home, and four cousins sleeping head-to-toe (two at each end) in the single bed, with Grammy’s feather bed under us and comforters stacked over us … in between trips thru the snow to the outhouse.

“Wayward Wind“ (Frankie Lane) for  my paternal grandmother, who spent summers at the lake in Minnesota (where my father was born and spent his early years at the Chippewa Reservation) and spent each winter near us in Oregon.

“The Chippewa Song“ was handed down from my father.  One year I sang it to a music specialist at the Reservation who acknowledged the Chippewa language and culture in the song, but said “like many of the old songs, that song must be lost to history”.  I only remember the first of many verses, and it was sung to my children at bedtime …  just as my father sang it to me.

The Irish and cowboy heritage from maternal side of my family is memorialized with my maternal grandmother’s favorite song “Oh Danny Boy“, and “The Master’s Call” (by Marty Robbins) which became my son’s special bedtime song.

“Michelle“ (by The Beatles) was primary song for both my sister and my daughter, which I sang her at each bedtime during her childhood.

The first album I asked for was in 5th grade; “My Cup Runneth Over“ by Ed Ames.  Mom had been saving up to buy a new couch (never had one before) and instead Dad came home with a stereo player.  That is also the year our family was given gift of a used, black and white television, and we children were allowed to watch two shows per week.  Ed Ames had the Native American role in the weekly show of Daniel Boone, and that is where I was exposed to his voice.  I remember many a night going to bed, with Mom on Dad’s lap in the one chair, listening to records they had been given by friends.  She finally forgave him for buying the stereo — but she never did get a new couch.  Years later he bought a large grandfather clock instead of the couch, and we all sat on the carpeted floor until we inherited the chaise lounge from grandparents.  (After all, difficult to dance on carpet so what is a carpet for if not sitting on  — LOL ! )

My brother, sister and I regularly sang “They Call the Wind Maria“ (Harve Presnell) with Dad on harmonica.

Another family favorite was “Impossible Dream“, which was a favorite of my brother in his early youth.

During seventh grade I learned  the songs from many musicals, and ever since 1970, “Who Will Buy this wonderful morning” became my default song.  That song is what I hum every morning until something else enters my mind or until I hear something that day.  I was about 40 years old before one of the children pointed out that fact.  Never really realized until then.

Our small High School had one drama production per year with joint participation from choir, art department, and much of the community.  My Senior year we produced the musical “Sugar” (based on the Marilyn Monroe movie “Some Like it Hot”).  As “Sugar”, I had the female lead.

“Bridge Over Troubled Water” and “He aint Heavy he’s my Brother“ were my younger brother’s favorite two songs and captured much of who he was until he died from a shotgun blast to the head while protecting his friend.  He was 21 years old.  (see my autobiography pages https://truthfulkindness.com/bnp/part-2/2d/death-brother/)  and (https://truthfulkindness.com/bnp/part-2/2d/october-justice/)

“Big Bad John“ (Jimmy Dean) was my song for the best friend I had thru many bad years; John Kimbley.  He was the boy across the street whom I babysat during High School years, and was best friends with my brother.  He was even more strongly integrated into our family after my brother was killed.  Years later he returned from his military time, and I returned home from military base in Italy, in order to care for Dad while he was dying of cancer, so we both were living in the same houses, across the street, as adults.  We shared coffee every morning and I had extremely vivid dream of John’s death at 25 years old.  Several months later he died almost exactly as I had dreamed, and I had a really REALLY hard time with that one!  (written autobiography page, but not online yet).  It was as if I had suddenly lost Julie again, lost my brother Spence, and lost John … all at one time.

First two verses of “How Great Thou Art“ (as sung by my friend Feather ForestWalker and me) and “The Lord’s Prayer“ (Andrea Bocelli) are my favorite childhood hymns.  “I Believe“ (Frankie Lane) is very important to me, along with “What a Wonderful World” (Louis Armstrong).  “Avinu Malkeinu” (Barbra Streisand) is an addition during the last 10 years.  Many of my spiritual beliefs have changed thru the years, but my relationship stays very strong.  (See https://truthfulkindness.com/2014/07/16/faith-dementia/ and https://truthfulkindness.com/2014/10/31/my-motivation-hope/ )

I sang “The Rose” to my new husband … during the wedding ceremony, to go with the vows we wrote. (Again, autobiography page not online yet).

My husband’s favorite phrase when asked “… but how did you know?” by me or one of the children, is “That’s My Job” (as sung by Conway Twitty)

“Blue Shadows on the Trail” (Sons of Pioneers) was my Divine warning of hard times coming (after more than 30yrs with no answers for my symptoms … Lyme disease diagnosis later that year & began five long years of nausea and side effects from various medical treatments for the several tick-borne diseases, culminating with tentative dementia diagnosis)

“You Gave me a Mountain“ (by Marty Robbins recorded by Frankie Lane) is for the many many strong challenges of my life.  Also, of course the large impact Mount Adams and the little rural town of Trout Lake have played in my family history and in my own life.

The log cabin which my grandfather “helped” build (as a toddler) is the one PLACE on earth that is most deeply ingrained in my personhood … with Mt. Adams “in the backyard”.  The location of belonging and Shalom (peaceful wholeness).

“You are so Beautiful” (Joe Cocker) is my Divine love song.  Don’t ask me why … because I am not going to share that story.

And of course “The Taps” with which Dad always closed harmonica sessions before tapping his chromatic harmonica on his lap to clear it … and sending us to bed.

“Try to Remember” (Harry Belafonte) and “The Way We Were“ (Barbra Streisand) represent my efforts to retain moments and memories, despite dementia symptoms.

I am sure that I will add many more favorites to this playlist, but these songs represent most of who I was as a youngster, who I became as a young adult, and who I became as a mother.  Some of these songs are saved in “Musical Memories” listing at my youtube channel https://www.youtube.com/playlist?list=PL2E2lPBsUeBiLgnJd9_diZPdHfDXdWKGy .

Again; “Music is Connection (despite dementia symptoms): to myself, to others, and to the unseen rhythms connecting each living entity.”

—
* Admin issues: SHARE dementia awareness thru buttons below.  Feel free to leave your thoughts in the form of comments, but please filter your comments with truthful loving kindness to all concerned.  If interested in receiving notice of future blog postings, subscriptions are available through a “follow” button in the upper left corner (MS Explorer) or lower right (Safari, Mozilla Firefox and Chrome).  If there is an advertisement below, I have no control over what is shown.  Full legal name Truthful Loving Kindness copyright on 2015-08/25.   8 hours.

12 thoughts on “Music is Connection despite Dementia Symptoms”